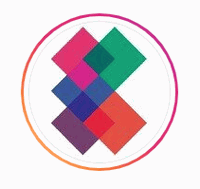 Subject area: arts
Institution website: www.ksa.edu.pl/study-in-poland-fashion-design-in-english-photography-school-in-english
Do you follow fashion trends? Do you want to be able to create your look perfectly? Join us and find out how to choose colors and the right fabrics, and how to style different silhouettes. During the course you will learn how to compose a wardrobe for different occasions and what you must have in your wardrobe!
Image
An image (from Latin: imago) is an artifact that depicts visual perception, for example, a photo or a two-dimensional picture, that has a similar appearance to some subject—usually a physical object or a person, thus providing a depiction of it.
Wikipedia
Professional
A professional is a member of a profession or any person who earns their living from a specified professional activity. The term also describes the standards of education and training that prepare members of the profession with the particular knowledge and skills necessary to perform their specific role within that profession. In addition, most professionals are subject to strict codes of conduct, enshrining rigorous ethical and moral obligations. Professional standards of practice and ethics for a particular field are typically agreed upon and maintained through widely recognized professional associations, such as the IEEE. Some definitions of "professional" limit this term to those professions that serve some important aspect of public interest and the general good of society.
Wikipedia
Image
Claiming to be wise, they became fools, and exchanged the glory of the immortal God for images (εἰκόνος) resembling mortal man.
Romans 1:22-23
Wikiquote
Image
The Ethiops say that their gods are flat-nosed and black,
While the Thracians say that theirs have blue eyes and red hair.
Yet if cattle or horses or lions had hands and could draw,
And could sculpt like men, then the horses would draw their gods
Like horses, and cattle like cattle; and each they would shape
Bodies of gods in the likeness, each kind, of their own.
Xenophanes, in Karl Raimund Popper The Myth of the Framework: In Defence of Science and Rationality, Psychology Press, 1996, p. 39.
Wikiquote
Professional
Towards this fine honor of a trade converged all the finest, all the most noble sentiments—dignity, pride. Never ask anything of anyone, they used to say. … In those days a workman did not know what it was to solicit. It is the bourgeoisie who, turning the workmen into bourgeois, have taught them to solicit.
Charles Péguy, Basic Verities, A. & J. Green, trans. (New York: 1943), p. 83
Wikiquote